LAS VEGAS, NEVADA - MARCH 29: Malcolm Subban #30 of the Vegas Golden Knights blocks a shot as Jason Zucker #16 of the Minnesota Wild looks for a rebound in the first period of their game at T-Mobile Arena on March 29, 2019 in Las Vegas, Nevada. The Wild defeated the Golden Knights 3-2. (Photo by Ethan Miller/Getty Images)

In honour of the non-event that the 2019 Draft ended up being, I’m going to take the time to write about another of my favourite targets and one who would’ve likely been traded had it not been for all the cap uncertainty that’s mucking things up. That player is Jason Zucker!

As the second in an ongoing series of segments on forward targets throughout the offseason, I’ll be basing my statistical evaluations largely around high-danger chance & goal share numbers. Each write-up will include a general synopses of each players style of play, a recommendation where they’d best fit in the line-up and an approximate cost of acquisition (either in cap hit or trade cost). 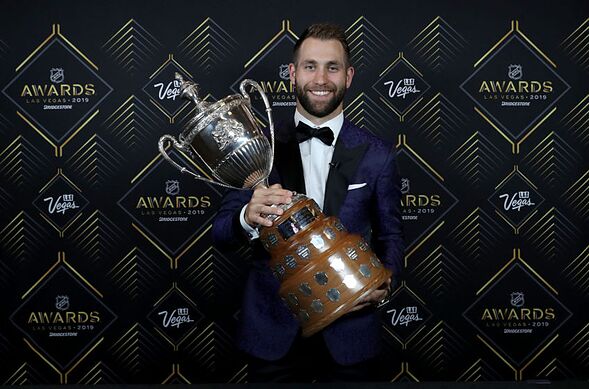 LAS VEGAS, NEVADA – JUNE 19: Jason Zucker of the Minnesota Wild poses with the King Clancy Memorial Trophy given to player who best exemplifies leadership qualities on and off the ice and has made a noteworthy humanitarian contribution in his community during the 2019 NHL Awards at the Mandalay Bay Events Center on June 19, 2019 in Las Vegas, Nevada. (Photo by Bruce Bennett/Getty Images)

Zucker is a prime example of exactly the kind of winger I appreciate most: he’s fast, responsible in his own end, consistently scores 20 or more goals, works his tail off every shift and attacks the slot with gusto. Not only does he possess the desire to compete and drive the “hard areas”, he also has the skill with which to finish plays once he’s there. I don’t know that I can really point to any glaring weaknesses in his game, honestly. He could stand to be a touch more effective of a playmaker and maybe gets beaten more than he would if he was 6’1, 200lbs but I can hardly fault the guy for either of those.

Since becoming an NHL regular, Zucker has been a pretty consistent 5-on-5 producer surpassing the 2 P/60 mark (a mark that generally denotes 1st line-level production) three times in his five years playing with the Wild:

While it’s completely fair to be hesitant upon seeing two years of below 3rd line-level production (sub-1.5 P/60), I believe it’s only fair to point out that 2015-16 was effectively his sophomore season and last year he was plagued by a bout of bad luck. Playing a feature role on a snake-bitten Minnesota Wild team, his his on-ice shooting percentage dropped to just 5.97%- more than 3% below his average of 9.11% from the prior 4 seasons.

What really piques my interest about Zucker- by now, you ought to know- is his effectiveness at outproducing his opposition from within the slot. The past three years have seen Jason post some impressive numbers:

In these numbers you can see a clear positive impact across almost every dimension and a particularly intriguing spike in HD share results in 2016-17. To make sure this wasn’t part of some coordinated sheltering, I felt it wise to confirm his usage habits on PuckIQ and- to my surprise- his jump actually coincided with a jump in the difficulty of his minutes. Linemates certainly factor in a tad but going from a line with Koivu and Neiderreitter to one with Koivu and Granlund doesn’t seem like it ought to provoke that much of a shift.

I could go further on all the reasons to pursue Jason Zucker like his shooting mentality, his primary-point percentage (% of points as Gs and 1st As) or his off-ice qualities (won the King Clancy this year) but I think I’ve made my point.

As far as where and how he fits with the team, I firmly believe he’d be a perfect fit for this team as it is now and as it aspires to be. A speedy, responsible winger is a perfect compliment to Draisaitl if we wanted to create two dominant outscoring lines (Nuge-McD and Drai-Zuck) or he’d be an excellent fit on a tougher minutes 2nd line alongside Nuge while the Wonder Twins go supernova. I’d suggest my preference would be for the latter.

At lowest: Puljujarvi+Sekera+2020 3rd for Zucker
At highest: 2020 1st+Yamamoto+Gagner for Zucker

I know it seems high to some given his 5.5mil cap hit and his traditional stat line (40+ points) but, after seeing the recent contracts being handed out (*cough* Kevin Hayes *cough*), I don’t think his deal can be called anything worse than market value.